Bubbly Callie Derbyshire loves her job as a carer, and can't believe she's finally landed herself a decent boyfriend - older man Tony - who's lasted way longer than the usual disastrous three months. Tony's exactly what she's always dreamed of ... or at least he would be if he ever took her out instead of just taking her to bed. And work would be perfect too if she wasn't constantly in trouble with her boss, The She-Devil Denise.

When the new gardener, Mikey, discovers her in a rather compromising position at work, Callie knows that her days at Bay View Care Home could be numbered. Can she trust him not to tell Denise? If she's issued with her marching orders, who'll look out for her favourite client, Ruby, whose grandson, Rhys, seems to constantly let her down? What does Ruby know about Tony? And what is Denise hiding?

Surrounded by secrets and lies, is there anyone left who Callie can trust?

Callie has a refreshingly normal job as a care assistant at Bay View Care Home, in the seaside town of Whitsborough Bay - in fact it was this aspect of the book which first appealed to me, as my professional background is in social care and I rarely see care homes accurately depicted in fiction. (On TV at least, they seem to be mainly portrayed as elegantly dressed elderly people attending tea dances, which isn’t really that representative of reality). Anyway, Bay View is better than many, and Callie clearly loves her job, even if certain of her antics are less than appropriate...

Callie’s in a relationship (sort of) with older man Tony, but the new gardener at the home is setting the cat among the pigeons. Meanwhile her favourite resident, the colourful Ruby, is forever raving on about Rhys, the invisible grandson who never seems to turn up when he says he will. And there’s also the strange behaviour of “She-Devil” Denise, the care home manager, to contend with...

I don’t think it’s too much of a spoiler to say Tony is an obvious bad lot, since it’s apparent from the start to everyone but Callie (and even she has the odd suspicion). It’s a bit frustrating that she doesn’t see through him at an earlier stage, but then she’s only twenty-one, so can be forgiven for a bit of naïveté!

Raving About Rhys is a fun and light-hearted novella which, while touching on some darker issues at times, does so with a delicate touch. Callie is an engaging and down to earth heroine whose judgement may be a bit suspect at times (!) but is able to step up when it counts, and thoroughly deserves a happy ending.

A note from the author explains her plan to write a short story, which became a novella - this one - set in the same place and featuring some of the same characters as the trilogy which begins with Searching for Steven. I enjoyed reading Raving About Rhys a lot and will definitely look out for Jessica's other work.

Many thanks to Jessica Redland and Rachel's Random Resources for the opportunity to read and review as part of the blog tour!

Jessica had never considered writing as a career until a former manager kept telling her that her business reports read more like stories and she should write a book. She loved writing but had no plot ideas. Then something happened to her that prompted the premise for her debut novel, Searching for Steven. She put fingers to keyboard and soon realised she had a trilogy and a novella!

She lives on the stunning North Yorkshire Coast – the inspiration for the settings in her books – with her husband, daughter, cat, Sprocker Spaniel, and an ever-growing collection of collectible teddy bears. Although if the dog has her way, the collection will be reduced to a pile of stuffing and chewed limbs!

Jessica tries to balance her time – usually unsuccessfully – between being an HR tutor and writing. 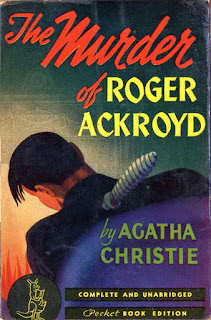